MOST WANTED: The FBI Talked To Us About Our Blog 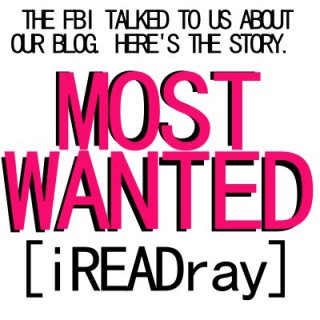 During the past two, we have had an interesting time with our blog, and thus we haven’t been writing as much as we have wanted to. This month we had hoped to break records previously set, and instead, we have had to make sure we retained the right to continue writing.
We did.
And so here we are.
Two weeks ago, we were contacted by the FBI because a story of ours, titled “I Am Adam Lanza”  had caught the eye of the FBI. Apparently folks complained about the post, and took what we had hoped was a discussion about how the mental health aspect of the gun debate as a serious threat.
People, let’s be real. Apparently those of you reading this blog are not the exact population I had expected when I started writing this years ago. This was more meant for friends and family, and though I am proud of the accomplishments we had, I am not proud of the fact that we decided to take down our post, because it was clear that people were misreading it.
Our intent with the “I Am Adam Lanza” post was two-fold. First, we were attempting to find the voice of a mentally ill person. That voice is often lost and only comes about after a horrible event like what happened in Newtown. We accomplished that as it was clear from some of the messages we received. And obviously, we wanted to add that the mental health aspect must be included in the gun debate.
We still feel the same way.
The FBI came to my work, and talked to me about the post. I told them all of this. They asked if I owned any firearms, or had access to any, I do not. I don’t believe guns, and never have. I do believe people should have the right to have their guns, but that isn’t part of the gun debate I wish to be involved in, because frankly, I don’t want a gun. I don’t even like being near weapons. They make me nervous.
There is a chance we will republish the “I Am Adam Lanza” post — with a disclaimer, because it was not only our best read post, but also because we obviously accomplished our goal, and with the FBI contacting me, it’s clear that the mental health aspect is finally being considered.
They are doing their job, and so I will continue to do mine.
Copyright 2020 by Ray Ceo Jr. and the iREADray brand. For permission to reprint, email ray@ireadray.com.