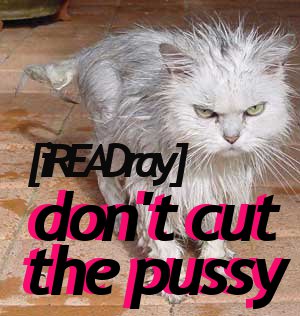 The United Nations is moving ahead with a ban on female gentile mutilation.
The procedure, sometimes referred to as “female circumcision” is the act of removing the clitoris and other female sexual parts. It is seen by westerners as barbaric, but remains a part of cultural indoctrination for some women throughout the world.
Reading an article on it, I was pretty elated that the United Nations was finally taking a bold stand against it. Removing the clitoris removes nearly — arguably all — sexual pleasure for women. It’s incredibly dangerous as it not only hurts the women undergoing the procedure, but can actually kill them.
Then I started to consider the other side.
For some, it is most certainly a part of their culture. They believe that women shouldn’t have any sexual pleasure, and it keeps women from having premarital sex. Some cultures even goes as far as physically sewing a woman’s vagina. These things seem wrong to us, but who are we to tell other people, in other cultures what to do?
Reality is, we are the nation that does that. So, it only makes sense for us to push our Western views on the rest of the world.
And when it comes to this, it’s really something I am okay with. Our western views are right. Women deserve to keep their female sexual organs.
There is another side to this issue, I also want to discuss. Consider this a tangent, of sorts. Some argue that circumcision of any kind should not exist. I beg to differ. Circumcision when it comes to women and men are very different things. For starters, when a female is circumcised, it’s not out of health, it’s out of torture. It’s called mutilation for a reason. When a man is circumcised, it’s primarily for health and hygiene. And it helps to cut down on transmitting STD’s and HIV — I wrote about it in my post titled “Cut the Cock.”
Above all else, people need to look at the tools that historically exist for these two procedures. For men, they have this handy devise that snaps on to the head of the penis, and peels the foreskin off. It’s a pretty simple procedure. For women, the tools, historically, have been a piece of glass, if you’re lucky it’s sanitisized. Now they use a knife. But it requires a doctor with steady hands. Additionally, when a man is circumsized they do it at a very early age. In fact, it is dangerous and not recommended once a child grows past the age of three, or so. For women, they do it around the time they start their menstrual cycle. That’s not pleasant. It hurts, and can kill women. These differences alone illustrate how these are not similar procedures. They only thing they share is a name, and thankfully, female circumcision is called female gentile mutilation more often than not, because that’s exactly what it is.

Thank goodness the United Nations, and hopefully someday the world will end this horrible practice.

Property of the iREADray Empire
Copyright 2020 by Ray Ceo Jr. and the iREADray brand. For permission to reprint, email ray@ireadray.com.