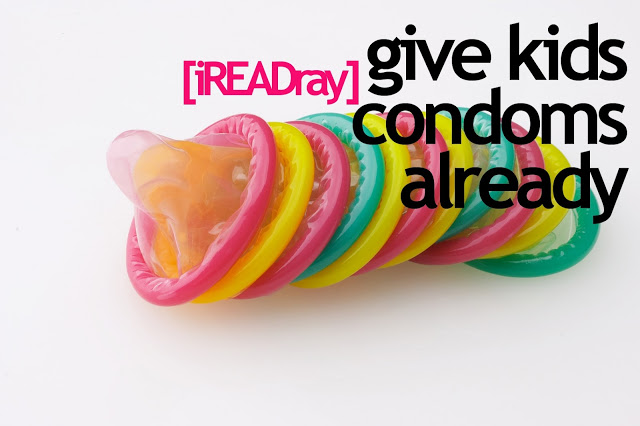 In a pretty unexpected shift, Pope Benedict XVI said on Wednesday that condoms were okay. This ended the ban on condoms, by the Catholic church that has been on-going for decades.
He said that in instances where the sole attempt was to reduce infection, it was responsible to use protection. The Telegraph has the story, and quotes the Pope speaking of the Catholic Church: “It of course does not see it [condoms] as a real and moral solution. In certain cases, where the intention is to reduce the risk of infection, it can nevertheless be a first step on the way to another, more humane sexuality.”
And that was that. Sort-of. The Pope still said that abstinence was the true moral solution, but it’s a huge step. And it’s about time too. Worldwide some 34 million people are living — and in some cases barely that — with HIV/AIDS.
With this huge step, needs to come huge change. In most parts of the United States, abstinence only sex-education is only sex-education (32 in all). It was all I was ever exposed to. It’s a failed system. In states with abstinence-only sex education programs, the teenage pregnancy rates a higher, and kids are not refraining from sex, instead they are simply acting irresponsibly, mostly because they do not know of the alternative methods to staying safe.
Thanks goodness my parents taught me about condoms. Because without them, I would have never known what they were, how they worked, and the importance they are to ensuring you stay as protected as possible.
But not everyone has my parents. And I get that. Therefore, condoms should be made available in high schools. For instance, in rural parts in the country (where there is no grocery store) where can kids go to get condoms?
We need to make condoms available in schools, so kids can go to their teacher, counselor, or school nurse, to ensure that they are staying healthy,  even if they are active. We need to give kids condoms, and all of the resources we can to ensure they are safe. It is irresponsible of us not to.
Considering that the organization that came into my junior high school classes was Catholic, and now the Pope of the Catholic church has said condoms aren’t all that bad, I would hope that these changes happen soon, but I know how progress works, and it will be years before we see the benefits of the Pope’s decision to shift their views on protection.
Copyright 2020 by Ray Ceo Jr. and the iREADray brand. For permission to reprint, email ray@ireadray.com.