No Stopping Marriage Equality In The Garden State

Perhaps it’s the Arizonian in me, or perhaps I am a rebel with several causes, but I really love a good political fight. Especially when it comes to marriage equality. That is why I am loving what is going on in New Jersey as of late.
Recently, the New Jersey assembly of delegates passed a marriage equality bill. This bill was then sent to the Governor, and like the Republican with aspirations to be a possible Vice President nominee, Chris Christie vetoed the bill.
However, that isn’t stopping marriage equality from moving forward in the garden state. Senate President Stephen Sweeney has vowed to override the veto, and according to this article, it looks like they are just a couple of votes shy of actually doing this.
This is exciting. 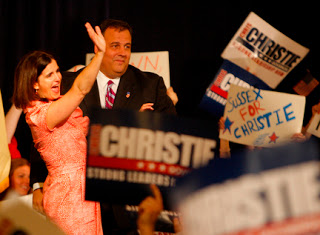 Because while Governor Christie is calling for a popular vote (something the Democrats of New Jersey are saying is unjust to do when it comes to minority rights — a point I agree with), the Democrats are quickly lining up as many folks as they can to do what is right for Jersey.
And I am not sure that Governor Christie really wants to bring it to a popular vote, either. Certainly, he says he does. In his position, as a possible nominee for Vice President on the GOP Presidential ballot, he cannot show support for marriage equality — not in this political environment — but can continue to pull the entire “send it to the voters” idea.  But several polls have showed the New Jersey supports marriage equality at about 54% percent. Yes, there is a possibility of a marriage equality ballot there failing (as the passage of proposition eight illustrated in California, which started at sixty percent marriage equality support), but the gay community learned their lesson, and will do not only everything they can to keep it from going to a ballot, but will make sure it does support gay marriage if it does go there.
That’s why I am confident in New Jersey for overriding Governor Chris Christie’s veto. And why iREADray will do whatever they can to support their efforts.
Stay tuned for more information on how to help. ❤
Copyright 2020 by Ray Ceo Jr. and the iREADray brand. For permission to reprint, email ray@ireadray.com.